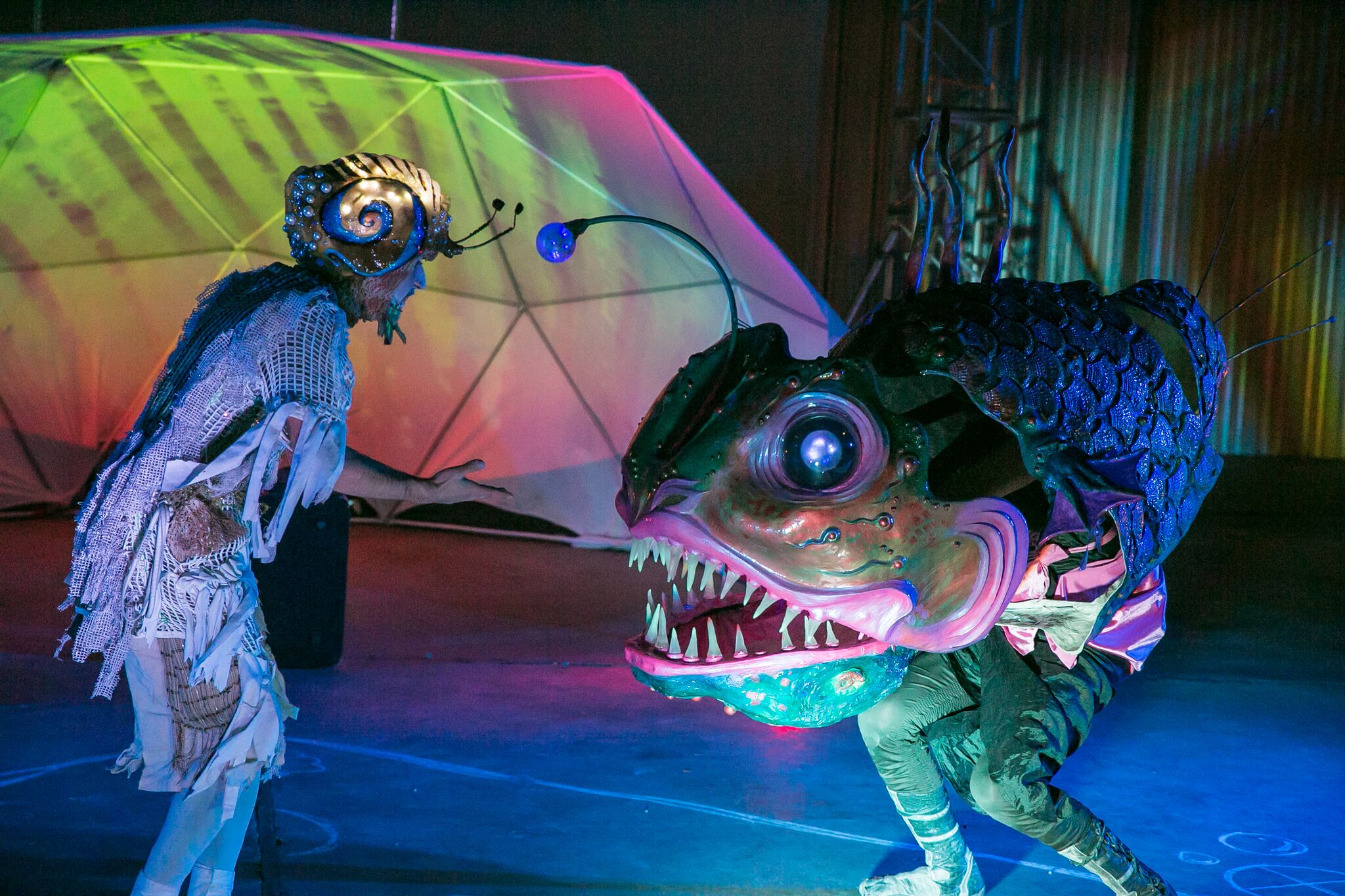 Flam Chen has been creating, performing, and touring new circus and fire theater since 1994. They create dazzling public spectacle merging daredevil acrobatics, pyrotechnics and a mastery of light, air and fire.

Their interest in community interaction, educational outreach and public ceremony has led Flam Chen to innovate work that imbues the exhilaration of a symphony, the timeless beauty of opera and the raw physicality of sport.

Civic leaders, city centers and creative communities cry out for work that is inspiring, un-elitist, bonding and celebratory. Through procession, community skill-building workshops and novel use of public space, Flam Chen has developed a uniquely American style of Road Theater. This is performance unconfined by black boxes or velvet seats, this is what new audiences want-To be re-connected to the POWER and VELOCITY of the performing arts.

Flam Chen embodies narrative themes that seesaw between dark and light. Fantastic realms inhabited by creatures at once human and animal–invade and transform mundane spaces into playgrounds that are whimsical, macabre and other-worldly.

With their combined technologies, creative engineering and effects, they create a sense of immersion, wrapping the audience in hypnotic visions from any of the dozen original shows in the troupe’s repertoire. I want to invite you to view our new show, The Fisher’s Wish! Here are some pictures. The show will be running  select dates in 2017 and available now for your 2018 and 2019 season!

Expect shows like this along with custom-made performances for public projects and private commissions. Flam Chen are the exclusive flyers for Scream Awards and have flown and created performance for such luminaries as director Tim Burton and Spiderman/Marvel Comics creator Stan Lee.

FLAM CHEN hosts and produces international performance artists at events in Tucson, AZ and collaborates in many projects throughout the year.  They perform benefits for many communities, multitudes of charitable organizations and are co-founders of the annual All Souls Procession Weekend which draws upwards of 50,000 participants region wide and performers and creatives from all over the world.

Their  non-profit affiliate, Many Mouths One Stomach (MMOS) has become a vanguard of cultural activity in the Southwest Region and beyond, organizing community events made in participation with the public and offering year round educational opportunities.  The All Souls Procession is North America’s largest, most unique and inclusive community ritual to honor the dead.