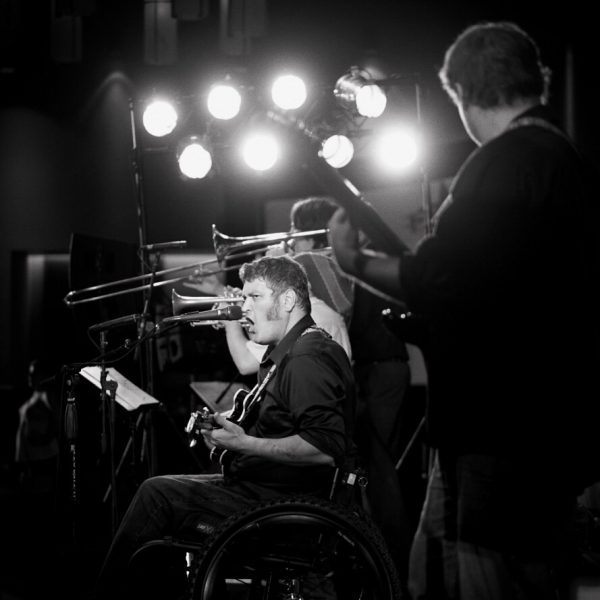 With several Austin music scene accolades including Austin Chronicle’s Best New Local Acts list, one Writer’s Top 25 songs, a Best Of Critics Pick in the Austin Music Awards, KUTX 98.9 FM Song Of The Day, three studio albums under their belts, their impressive annually running SXSW “Blackfinger Festival”   and a 22 song live record, ‘Evolution – Live From The Saxon Pub’, Hector Ward and the Bigtime are coming at you like a runaway freight train.

Members include Hector Ward on guitar and lead vocals, Noa Belillti on vocals, Mike McGurk on Drums, Scott Beardsley on Bass Guitar, Shane Keenanon Lead and Rhythm Guitar, and Rodney Corbin on congas and percussion. The horn line, known for enthusiastically leaving the stage and taking the music into the audience, includes Joseph Morrow on trumpet, Chris Beard on Tenor Saxophone and Ben Taylor on Trombone.