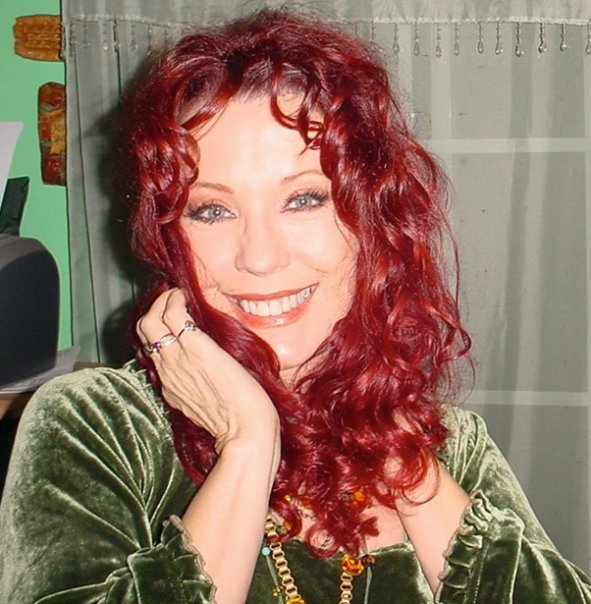 Pamela Des Barres was pivotal in defining LA’s music scene in the 1960s and ’70s, which in turn defined the world. Raised over the hill (the Hollywood Hills) in Reseda, Pam Miller discovered the clubs along the Sunset Strip while still in high school. She befriended early locals like Frank Zappa, Captain Beefheart, Love, the Doors, and the Flying Burrito Brothers. She founded the GTOs (Girls Together Outrageously) whose album Permanent Damage featured a who’s-who of the trans-Atlantic music scene, from Jeff Beck to Frank Zappa to Rod Stewart, Lowell George, and Davy Jones.

Pamela then befriended many of the British groups and artists that came to LA: Led Zeppelin, the Stones, Keith Moon of the Who, and eventually her husband, actor and musician Michael Des Barres.

Along the way, she kept journals of everything, which she has turned into five published books starting with I’m With The Band (1986).

Her first book, I’m With the Band: Confessions of a Groupie, recounted her adventures through the rock and roll renaissance and shot to the top of the New York Times bestseller list upon its release in 1987. (The book celebrates its 30-year anniversary with a special edition released later this year.) Des Barres’ following books, Let’s Spend the Night Together, Take Another Little Piece of My Heart, and Rock Bottom recounted the highs and ultra-lows of the rock ‘n’ roll lifestyle, and also became bestsellers. Des Barres has been honing her skills as a writer her entire life, since the days she spent scribbling in her diary, growing up in the San Fernando Valley. A college English major, she’s taught writing workshops for women in her living room for the past 16 years, not to mention taking her classes on tour to cities around the States and beyond. She considers writing and teaching her most important life’s work.

Des Barres’ newest book, Let It Bleed: How to Write a Rockin’ Memoir, is a masterclass for those who want to get their own life’s story on the page. Published in April 2017, the book encourages would-be memoirists of both sexes to fearlessly confess their darkest secrets and deepest flaws, offering prompts on how to do so, while weaving in writing from her own students and her own plucky observations.

Miss Pamela” has shared her history on endless TV and radio shows and documentaries, including two memorable stints with both Oprah and Larry King. Miss Pamela is available as a speaker, and as an ordained minister where Pamela performs unique one-of-a-kind rock & roll weddings!