Welcome to my home away from home. I look forward to our first conversation, which you can get on the list to join here. We will take the trip back in time and list as many artists and special guests as I can remember but please email me anything you remember too. These parties were so magical I often made changes last minute that never made it onto a poster or press release.

Clubhouse has been a life-changer for me, with so many inspiring new friends confirming my dreams of what was possible in our industry, community and in forward thinking (then) and the future (now!) it is 2021 and I am just as excited about my path as I was 30 years ago! Thank you for being a part of that! 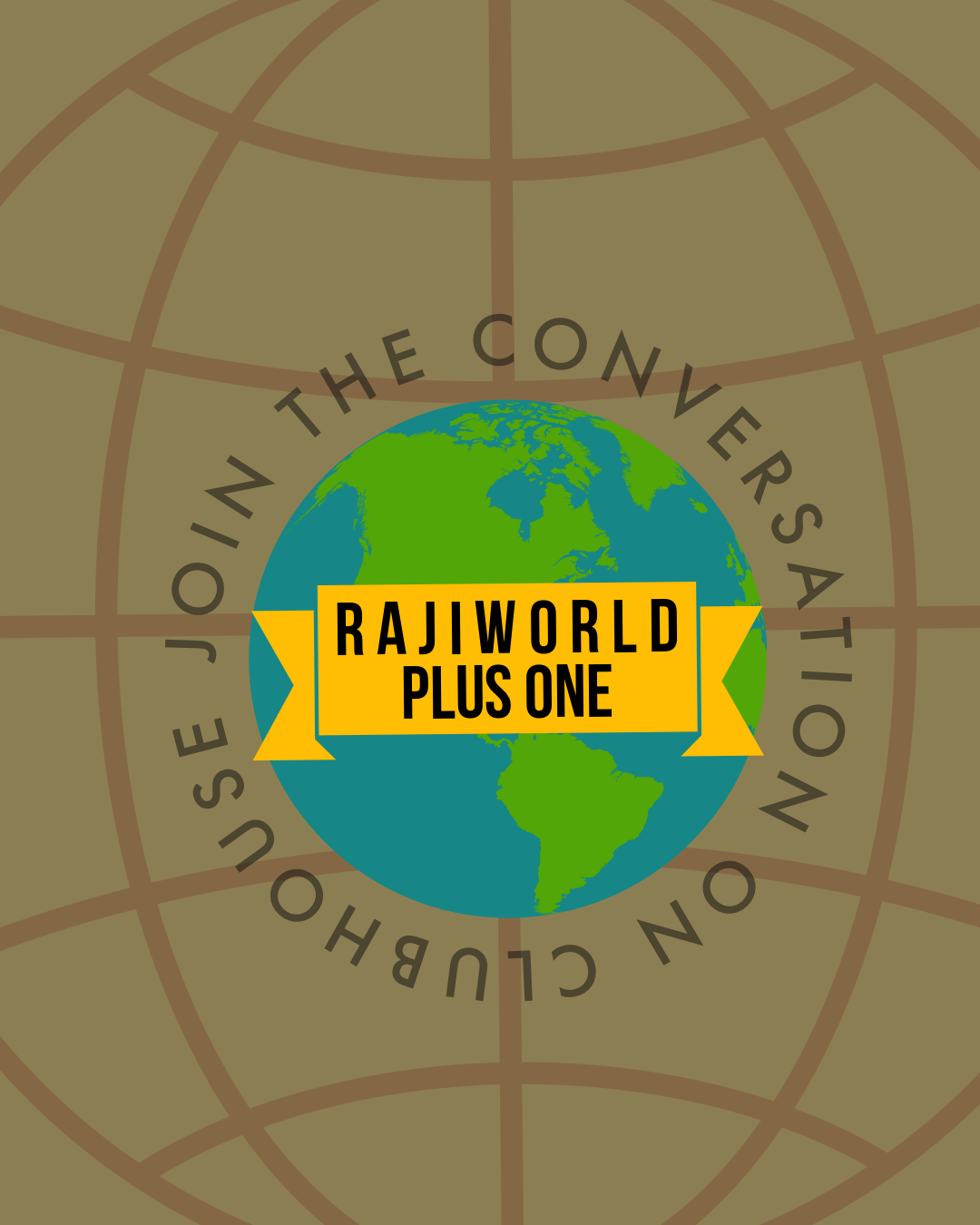 I started as a buyer at the University of Arizona in the late 80’s through SUAB where I led booking for both Eat to The Beat with bands like (Red Hot Chile Peppers, Jane’s Addiction, Billy Idol) and for Spring Fling  (Jellyfish, Redd Kross, Posies, Paladins , some promoting at Counter Club and Club Congress (I brought the first El Vez show to Tucson, as well as the Ringling Sisters).  I was also KAMP student Radio music director, and made a few trial national bookings for Green On Red and Giant Sand.

At the time I was a Chemistry major, and going between the chemistry lab and my music office with a lab coat and a Motorola brick cell phone.  My mother (also named Roggie) was in grad school at US these same years so I changed the spelling of my name to Raji.

My booking agency, RajiWorld was named in 1991 to honor a great club and keep the name alive. Raji’s was a rock and roll nightclub in central Hollywood, in the 1980s and early 1990s: one of the great affectionate sweaty smoke filled ‘dives’ of rock, which featured among others performances by bands such as Guns N’ Roses, Redd Kross, Jane’s Addiction, The Dream Syndicate, Tex and the Horseheads, Mary’s Danish, The Miracle Workers, Social Distortion, the Mentors, GG Allin, The Nymphs, and Los Lobos, as well as out-of-town acts like Nirvana, Hole, The Pink Fairies, Pussy Galore and Kyuss. Top-draw local acts like Thelonious Monster, The Muffs, the Red Aunts, The Lazy Cowgirls, Beck, TrashCan School, Oiler, Butt Trumpet, Kill Buddha, the Sacred Hearts, Baby Girl English and many others found enthusiastic crowds as well.

In 1993 I moved to L.A. and dove into music in earnest. I worked for I had an opportunity in 1994 to relocate to Austin and work with Joe Ely in the studio, on the road with MCA and his musical called Chippy, which played at Lincoln Center and had a long run in Philly this year, which allowed me to go on the road and meet all the venues and local press which has been invaluable in the years since.  RajiWorld has been run between Tucson, L.A. and Austin which has been easy on the road and now remotely.

Over a decade ago I came full circle by creating World Beauty, which reps fashion designers, hair and make-up artists and photographers and videographers for events like music festivals and awards shows.  My first client was SXSW 2010 Music Awards.  Next I partnered with a dear friend to combine this with her full service travel, transportation and tour managing services to form SPECTRUM, a full-service turn-key company. She became way to busy to continue so I created D.A.M.E which has allowed me and the gals I love to work with get back on the road at festivals. This pause has opened up doors to girls all eve the world to add to the roster!

I will stop here for now and I look forward to coming back soon as ya’ll trigger my memories!