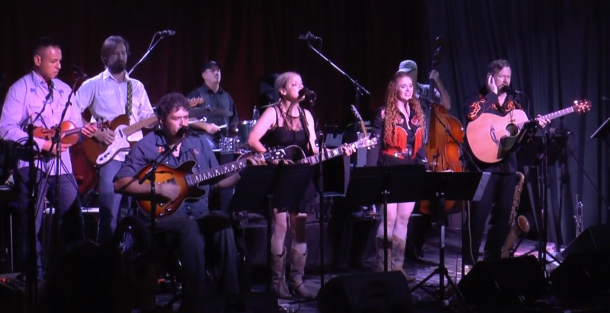 This week it is all about the lovely, multi-talented Hector Ward and his triple-band (HWBT, Sly Curtis, and The Honeysuckle Sage Riders pictured above) inclusion at RajiWorld for world-wide booking.

I will begin with his name-sake band Hector Ward & The Bigtime.

With several Austin music scene accolades including Austin Chronicle’s Best New Local Acts list, one Writer’s Top 25 songs, a Best Of Critics Pick in the Austin Music Awards, KUTX 98.9 FM Song Of The Day, three studio albums under their belts, their impressive annually running SXSW “Blackfinger Festival” (https://www.facebook.com/Blackfingerfiestademusica/ ), and a 22 song live record, ‘Evolution – Live From The Saxon Pub’, Hector Ward and the Bigtime are coming at you like a runaway freight train.