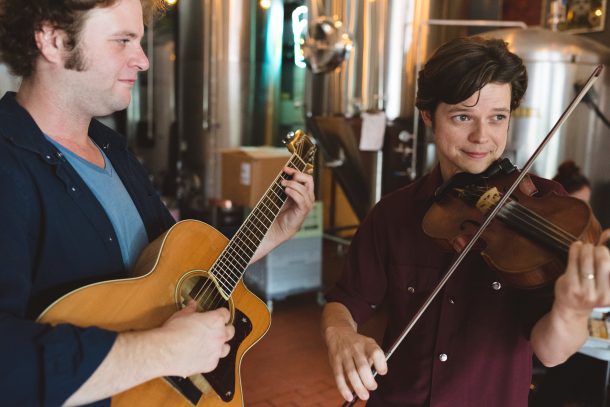 Warren Hood began playing the fiddle at the age of eleven. He attended Berklee School of Music where he was awarded the school’s top honor – The String Achievement Award. He has since gone on to win numerous awards for string virtuosity and has been recognized three times as String Player of the Year in the Austin Chronicle Music Poll.

“Hood has style to burn, with a knack for composing songs as ageless as they are pleasing to hear.” – Margaret Moser, The Austin Chronicle