NEVER SAVE BEAUTY FOR LATER 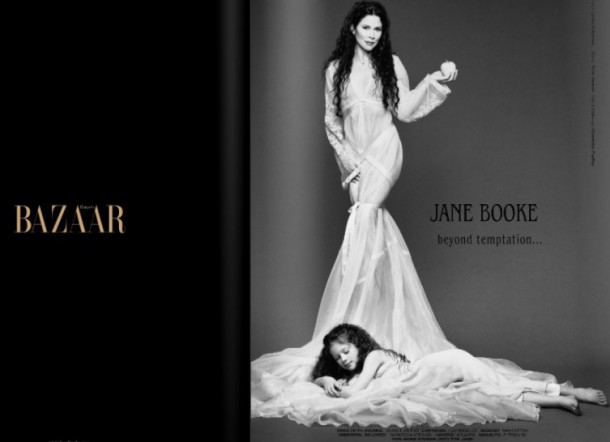 NEVER SAVE BEAUTY FOR LATER

Nearly every time I meet a dashing rockstar or my gown at a gala receives  a longing look from another women I am in something my friend Jane Booke has designed… “Jane Booke’s love of art and fantasy began as a small child growing up in Bel Air, California. Jane’s mother and stepfather, a renowned geophysicist, were jet-setters who frequently traveled the world collecting art:.Her father was a successful international businessman. With traveling parents and two older siblings away at college, Jane spent much of her time painting, playing the piano and reading stories about mystical creatures. Summer vacations at her father’s villa in the South of France and other European destinations further influenced Jane’s creativity and sparked her love for Renaissance art. During a trip to England one summer, Jane discovered beautiful antique chiffon dresses and decided to create her own designs. She used the sewing room in her home to construct one-of-a-kind pieces for her and her friends to wear.

After attending University of California Santa Barbara, Jane moved to New York City where she pursued a career in acting, modeling and music. She performed in various theatre productions and television shows, and became the lead vocalist for the band Sleeping Beauty. She later moved back to Los Angeles, where she married her husband and gave birth to her first child. Ironically, it was when Jane decided to be a stay-at-home mom that her fashion career began to take shape. With time to sew her own clothes, Jane began filling her closet with her own creations. While at a friend’s wedding, a buyer from Los Angeles boutique Les Habitudes commented on the gown Jane was wearing and, after learning that Jane had made the garment herself, placed an order for several dresses.

Soon, fashionistas all over began clamoring for Jane’s chiffon princess gowns and other fantasy-inspired couture designs. At this time, Jane also began designing a collection of fairy-inspired furniture that included whimsical vanities, thrones, custom swing sets, canopy beds and elaborate dining tables fit for fairy royalty. Jane’s designs are elegant and feminine with a sexy twist; They evoke the essence of womanhood while retaining the Renaissance-inspired nuances for which she has become known.