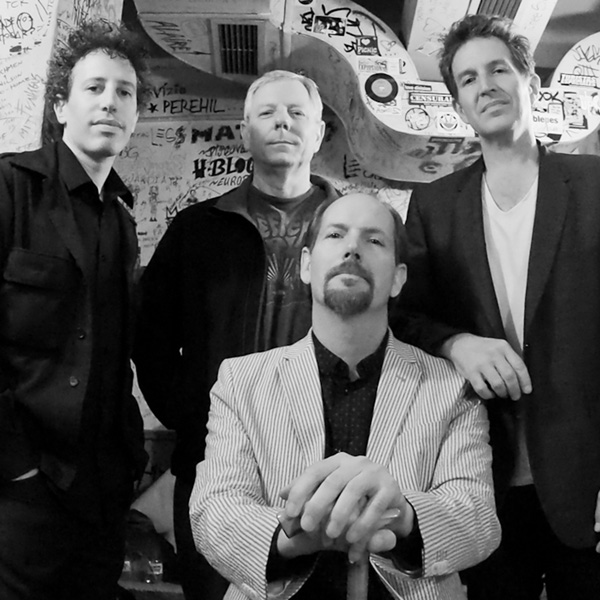 Richmond is like a second home to Steve Wynn. “I’ve always felt a real connection to the place,” says the guitarist and songwriter based in New York City’s Queens borough.

Not only did Wynn’s influential ’80s band, the Dream Syndicate, perform often in area venues like Twisters and Flood Zone back in the day, he’s got a lot of friends here. And he’s recorded numerous albums, including solo projects and with his current group, the Miracle Three, at Montrose Studio in Richmond’s North Side.

So maybe it shouldn’t surprise people that the prolific journeyman rocker is bringing the reconstituted Dream Syndicate to Strange Matter — the former Twisters — on Saturday, Dec. 5, for the group’s only show of 2015. The gig is a warm-up for a new album that the Syndicate will soon begin recording at Montrose, their first since 1988’s Ghost Stories, with engineers Bruce and Adrian Olsen.

“Once we booked the studio, we figured we’d find a place to get loose and greased up before we go to make the record,” he says.

Formed out of Los Angeles, by way of Davis, California, the Dream Syndicate held a much-celebrated 30th anniversary tour in 2012 (without original members Karl Precoda and Kendra Smith, to the chagrin of some fans). During the psych-garage band’s early glory period, when it recorded its now-classic debut, Days of Wine and Roses, the Syndicate was lumped in with other retro-minded West Coast bands — from the Bangles to the Rain Parade — in a movement some called “the Paisley Underground.” But the group’s longer, often improvised songs and sheer love of noise stood out from that dreamy pack. The group toured with R.E.M. and U2, eventually finding an audience abroad and cult status at home, before imploding in 1989 after four studio albums.

“In our weird, warped, young minds, we thought ourselves the heirs to Ornette Coleman and John Coltrane as much as we were to the Velvet Underground and the Stooges,” says Wynn, 55. “It all made sense to us. It was just a big wild stew of things we thought were cool and we wanted to mash it all up in a new way.”

Today’s Syndicate features the singer/bandleader and original drummer Dennis Duck, alongside longtime DS bassist Mark Walton, and frequent Wynn collaborator Jason Victor on guitar. Since a one-off reformation three years ago for a festival, the group has played 50 concerts around the world. “It was a very specific thing, playing a charity gig in Spain. But it felt great. And we thought, ‘The time has come, why not keep this going?’ We don’t play together all the time, just enough to keep it special.” Wynn’s Richmond roots run deep. In 1993, he joined with a group of Richmond-based musicians – Long Ryders guitarist Stephen McCarthy, Silos bassist Bob Rupe, and the House of Freaks duo of Johnny Hott and the late Bryan Harvey— to form Gutterball. Signed to Elektra Records, the “college rock supergroup” released two rousing discs of mostly Wynn/Harvey originals, among the first projects Wynn recorded at Montrose studio. The surviving Gutterball members had their own reunion this past summer in New York City, and Stephen McCarthy and Friends will open the Strange Matter show.

“I’m the world’s biggest Gutterball fan,” Wynn says. “And I’ve known Stephen the longest. We were out in L.A. together, we’ve worked on a lot of things together over the years. You know, Stephen replaced me in the Long Ryders before there was even a Long Ryders.” (There’s a long story there.)

Wynn is a serial collaborationist. He’s worked on albums with such figures as psych-rock legend Sky Saxon and Dan Stuart of Green on Red, and is currently in a band with R.E.M. guitarist Peter Buck, the Baseball Project, which rocks out original songs about America’s favorite pastime. In addition to that group, and the Miracle Three, he plays in yet another, Hazel Motes. But for now, the Dream Syndicate’s Richmond rebirth is his focus.

“I like the idea of going into Strange Matter and playing there, and having Stephen there, and banging out the old songs,” Wynn says. “It’s akin to building calluses on your fingers. And I like going into the studio a little bleary and weary from having played live and loud. It’s a good way to start.”

The Dream Syndicate will perform Dec. 5 with Stephen McCarthy and Friends and the Green Hearts at Strange Matter, 929 W. Grace St. The first band takes the stage at 8:30 p.m., with the Dream Syndicate going on at 10:30 p.m. $15. (Note: As of Wednesday morning, the show was nearly sold out).