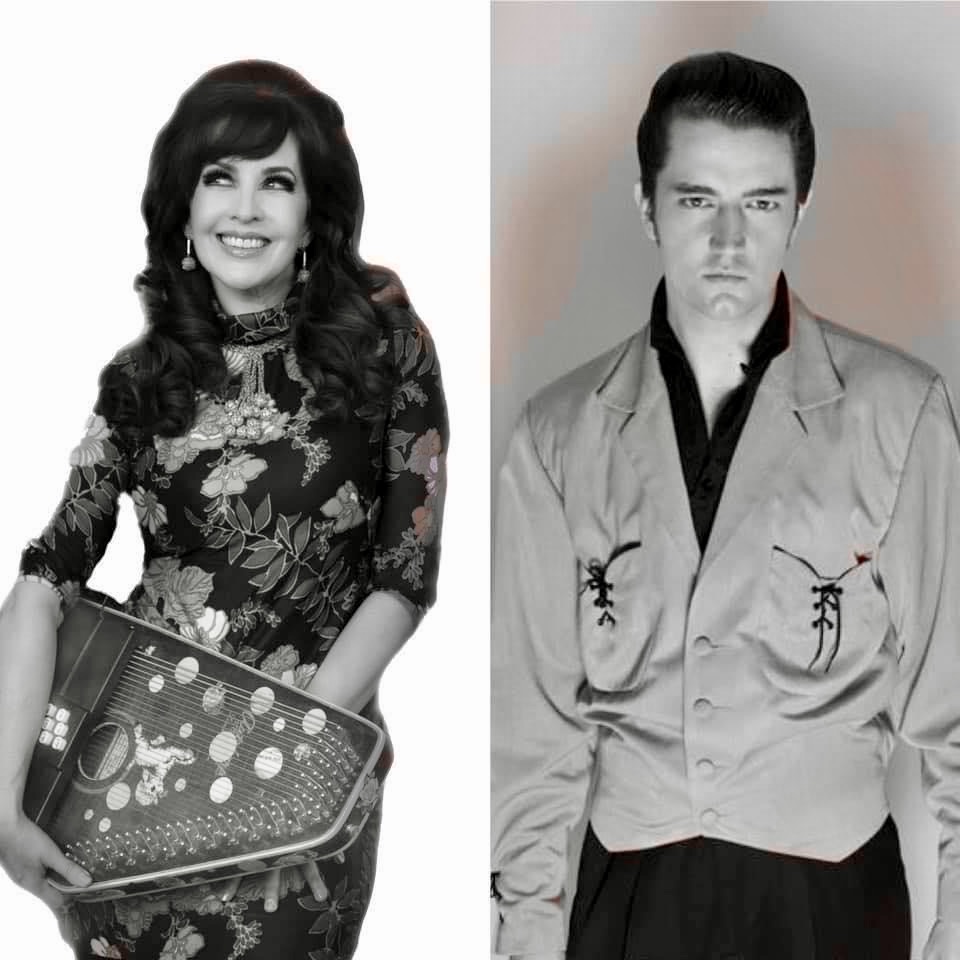 I spent last week in Hollywood with long-time clients and friends Grey DeLisle and Miss Pamela Des Barres which one would imagine to be enough glitz and glamour and rock and roll to do ya but NOPE, Grey brought me a surprise, sure he would be a great fit for my roster and lo and BEHOLD, she knows me well. Not a huge fan of tributes, I would never have discovered him on my own so I really got lucky! In addition to rounding out our shared fun with his funny, witty and sweet natural personality, he writes, records and plays beautiful music of his own. To me, the best part is the collaboration between the two of them coming soon! I will not say too much yet but there will be a kids show, record and more AND an adult cabaret show so public, private and festival stage will all get a chance!!

Eddie originated the role of, and was featured as Elvis Presley in the hit Broadway musical “The Million Dollar Quartet”, where he performed 8 shows a week to packed houses racking up over 2200 performances! He also helped create and starred in the show “Heartbreak Hotel” that is currently the only Elvis Presley stage bio endorsed by the Elvis Presley estate, SONY Music and RCA. He’s continued to be seen on stage in plays and tribute shows to many of the other greats as well, Buddy Holly, Johnny Cash, and Carl Perkins to name a few. And he continues to be in demand wherever fans of ROCK & ROLL gather.

He has appeared on several ad campaigns for fashion brands like W.H. Ranch Dungarees, J.S. Sloan, and Ralph Lauren, coast to coast, prime time, and regional television programs such as, The Late Show with David Letterman, Late Night with Jimmy Fallon, The View, Today Show and more. He has also been a regular voice on various
satellite/AM/FM/internet radio programs.

Eddie has toured extensively and successfully with his own backing group “The Blue Ribbon Boys” in not only the U.S. but Europe, Asia, Australia, and elsewhere. He has also worked with other well known groups such as Deke Dickerson’s Ecco-Fonics, Big Sandy, The Hi-Qs, Lloyd Tripp… the list goes on and on. He has been invited to perform at dozens of international music festivals, The Rockabilly Rave, Viva Las Vegas, Hemsby, Le Blues Autour du Zinc Rockabilly and so on… not only with his own combo but also as the vocalist for the reunion of “Go Cat Go”, one then largest selling roots ROCK & ROLL groups of the 90’s who tragically lost their singer in 1993.