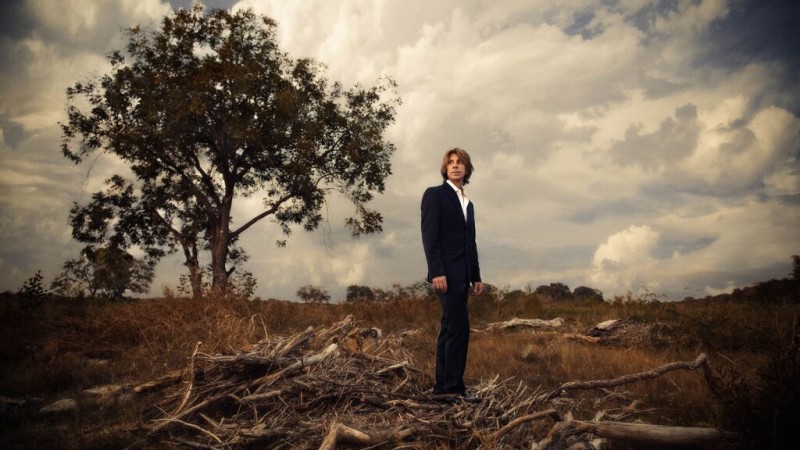 Join us for one of two very special shows sure to sell out at The Townsend Friday September 23!!!

Robert Harrison returns with a new album from his old band, but he hasn’t exactly shut down Future Clouds and Radar, either—in fact, both outfits are now inexorably intertwined.

BY FRED MILLS, read the interview and here a song here

So there’s a guy in Austin, Texas, who we’ve been tracking pretty much since BLURT got started, and his name is Robert Harrison. At the time, he was fronting a visionary outfit called Future Clouds and Radar (go HEREfor my 2008 interview him about the band), but all along, he had in his back pocket his former band, acclaimed ‘90s indie rock outfit Cotton Mather (about which, not so coincidentally, you can spot some of our enthusiasm HERE and HERE, when the band played our SXSW party in Austin).

So a brand new CM album, Death of the Cool, arrived recently, the first proper Cotton Mather studio release in over 15 years. It comes on the semi-heels of the 2012 expanded reissue of the band’s acknowledged classic, Kontiki, and it also marks a decided uptick in Harrison activity that, in addition to DotC, is slated to bring two more CM albums and one from FC&R. They represent his plans to write and record 64 songs for each of the I Ching’s 64 hexagrams. Tracks both from the new album as well as digital-only non-album material can be heard now via ichingsongs.com (additional non-album tracks forthcoming).

Meanwhile, below you’ll find the fruits of an interview I conducted recently with Harrison in which he discusses all this and more, additionally weighing in on the current status of Future Clouds and Radar, which despite that outfit’s relatively low profile the past few years is definitely not up on the blocks. As Harrison assured me, “I promise—no more hiatuses any time soon. Really liking this new batch of songs I’m gnawing on!”….read the rest here

28 tickets are available@$90 for a IChing inspired gourmet multi-course meal and wine pairing, a reserved seat and your ticket to an acoustic and intimate show with the band including stories of the songs at 7 PM OR one of 99 tickets to the late full electric rock show at 10:00 pm for $20.

The Townsend is a cocktail bar and performance space located in the Townsend-Thompson Building, a historic downtown landmark built in 1875. Under the direction of Steven Weisburd as well as Justin Elliott, one of Austin’s most notable names in cocktails, the Townsend has received numerous awards including CultureMap’s Bar of the Year in 2016 and Eater Austin’s Best New Bar in 2015. Justin Elliott also was individually awarded CultureMap’s Bartender of the Year 2016. In addition to its award-winning cocktails, the Townsend offers an array of vibrant fine dining bar food prepared by Chef Justin Huffman and his team. The concept and design for the Townsend was created by principal owner Steven Weisburd, while co-owner/investor Scott Samson, an acoustician, created the Townsend’s performance space, which has received great acclaim for its exceptional sound quality and sonic design. The Townsend’s owner-investor team also includes Kathy Valentine, who helps direct the music program, Suzanne Deal Booth, who helps direct the arts program, as well as Roger Sandau, Stacey Sher, Kerry Brown, and Justin Elliott. The Townsend is managed by Penumbral Strategic Ventures, LLC. For more information on The Townsend, visit: Facebook.com/TheTownsendAustin and thetownsendaustin.com.