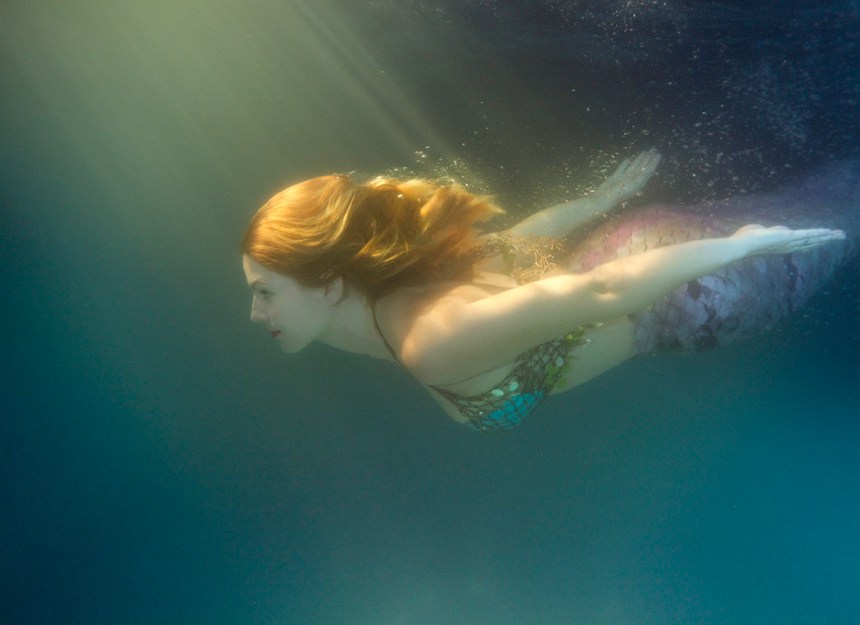 Personal style, no matter how personal, is something that must be put on. Each morning, we slip into the identities we’ve crafted to represent who we are to the rest of the world. Some of us slip on tails.

At a base level, we’re all playing dress up. Some of us just take it to another level. Like merpeople – a select cohort whose aesthetics envelop not just the mythical creature they emulate, but an entire mer-lifestyle that has grown online, internationally and here in Central Texas. 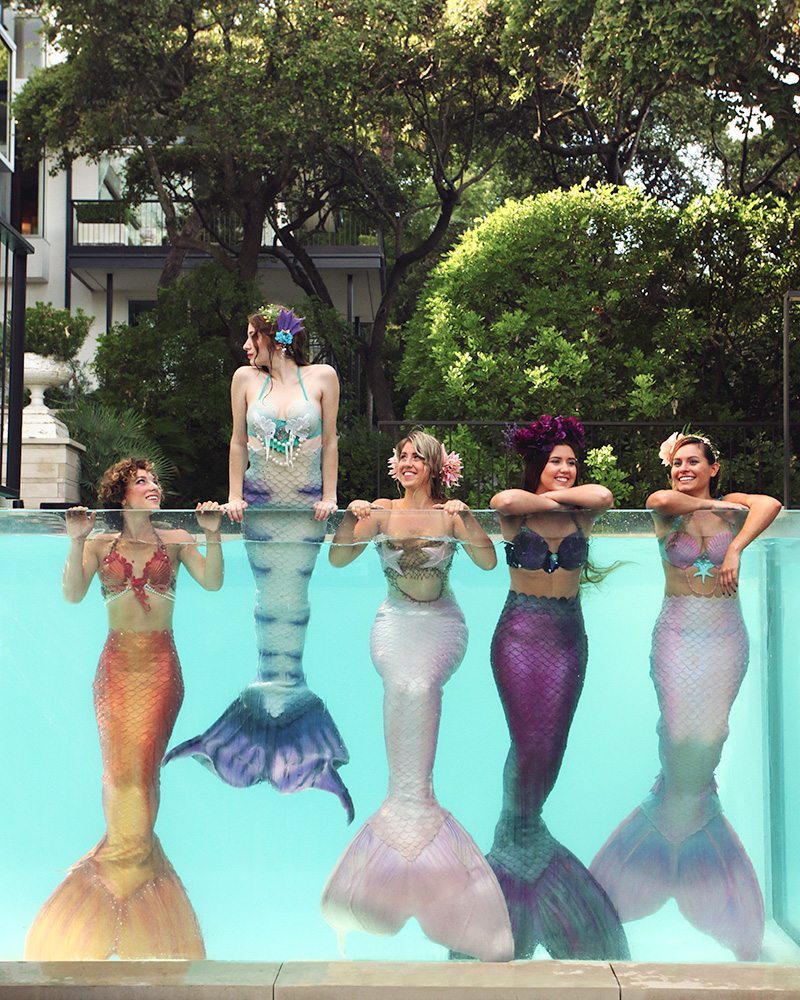 “I think [the] fantasy carries over from when I was a child,” says Jenna Cundy, a self-styled mermaid, and part of the local merpod helmed by Sirenalia, an Austin-based mermaid tail company. “Now you’re an adult and you can do whatever you want with your money and your time.”

Because there’s something about the mermaid – a perennial favorite of children everywhere and the summer season’s perpetual “It Girl” – that’s just plain appealing. After all, her mythos originated with sirens, the inconceivably alluring sea nymphs first mentioned in Homer’s “Odyssey” in 800 B.C.E. (and still she doesn’t look a day past 20 centuries old).

She also has great hair. 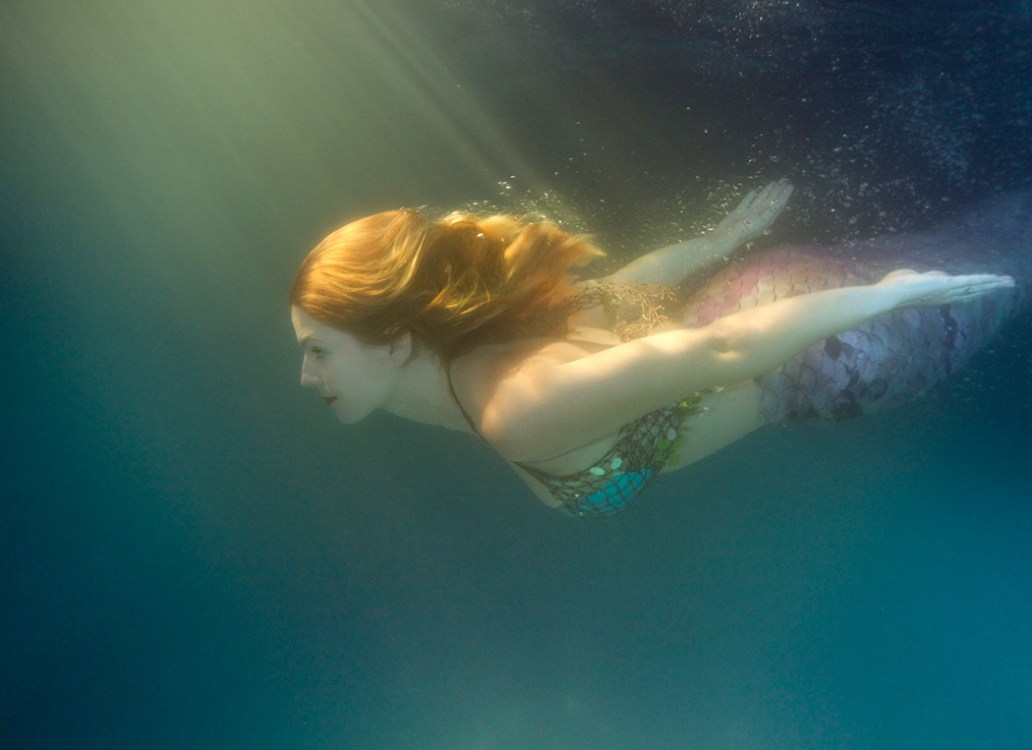 Perhaps it’s the fantasy of transformation that keeps Sirenalia, founded almost five years ago by Austinites and partners Maria Russo and Jason Darling, in business. In addition to serving as live party decor and hosting mermaid retreats in Belize, and soon, San Marcos, Sirenalia also creates the custom silicone mermaid tails that allow people like Jenna to explore a whimsical side of their identities.

When considering the mermaid’s appeal, fantasy can’t entirely account for the communal power of mass media to fan the flames of adoration. Disney released “The Little Mermaid” in 1989, making it the idolized “Frozen” of an entire generation – a generation often characterized by its desire to individualize and amplify identity. And while Ariel pined for human legs, thousands of leg-having humans want nothing more than a mermaid tail – the perfect vehicle for both expression and escape. Luckily, Sirenalia isn’t staffed by sea witches with a taste for collateral (and a campy style all their own) – they’re fine with a check.

“We all want to believe in something and [adults] don’t get to, without seeming silly,” says Darling, who paints tails at Sirenalia’s Holly Street studio and acts as a mermaid handler at their events. “Right now identity is such a thing … people are really concerned about being their best identity.” 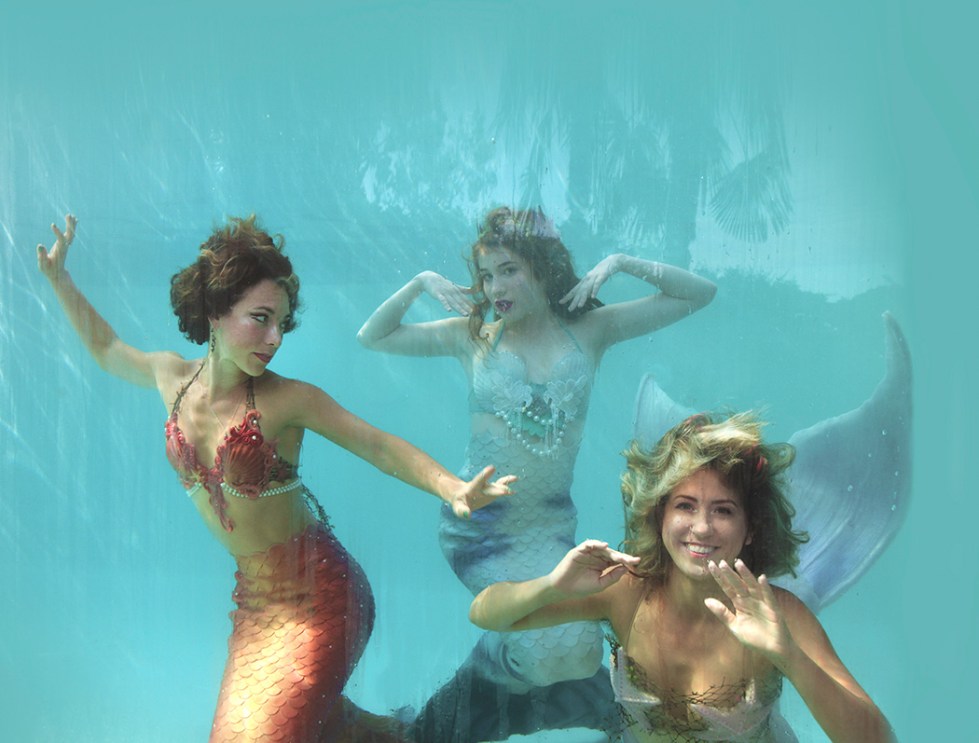 For Sirenalia’s clients, mermaidism is a way to be their best selves. People who buy the tails and participate in the culture aren’t just fascinated by mermaids. They didn’t just watch “The Little Mermaid” as children. Instead, they emphatically tell Russo and Darling – and really anyone who asks – “I am a mermaid.” And so they are.

As far as self-expression goes, full mermaid regalia lets you bring it in a big way. In addition to sending in 27 different measurements, Sirenalia invites clients to use crayons (another childhood throwback) to shade in a form with the exact specificities and colors of the tail that best represents them – making the act of identifying as mermaid a kind of hybrid performance and multimedia art form. Both Russo and Darling consider themselves artists.

“You’re making their dreams come true, you want to make it right, exactly the way it was in their imagination,” says Russo.

Donning the tail (which slips on like a condom in a process that takes about five minutes), applying the makeup, wearing the hair accessories and putting on the iconic shell bra are also part of the identity process – a kind of caterpillar-to-butterfly, mere-mortal-to-mythical-creature transformation that explains the fascination with the mermaid metamorphosis. 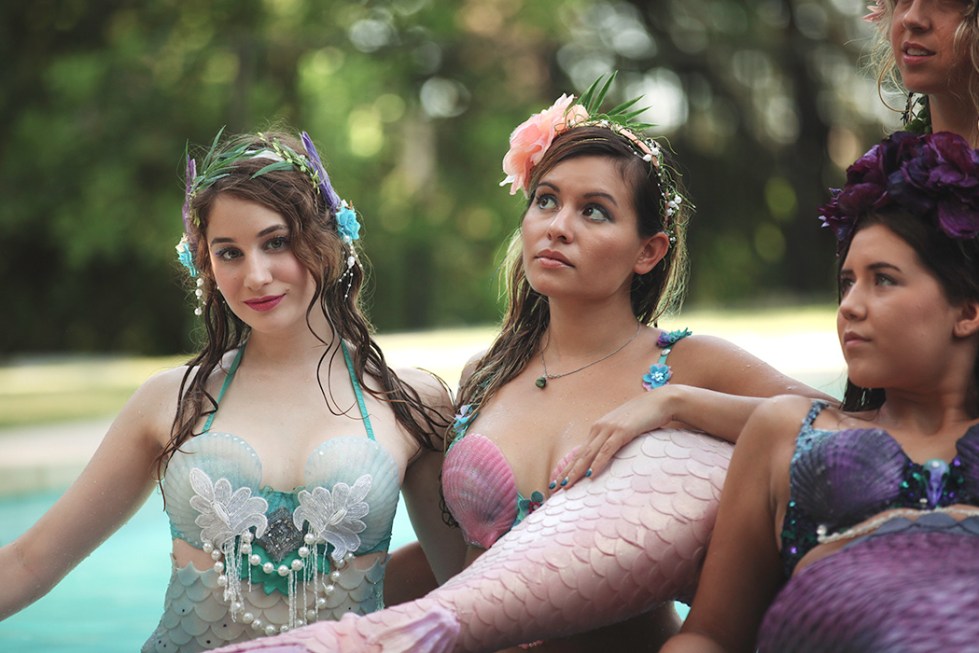 “The way your body moves in water is very different,” explains Elona Rose, a Sirenalia mermaid and tail and bra designer who is attracted to the aesthetic nature of the gig. “You may be very awkward on land, but the idea that you could get in the water and your hair would flow like a ribbon and your tail will just gently undulate behind you … I guess that’s a very attractive concept to people.”

The community mermaidism offers is also part of the appeal. For those that see themselves as a merpeople, there’s a huge international network of others that feel the same.

“Fifteen years ago, if someone was like ‘I’m a mermaid,’ and they’re in a small town, people would be like, ‘OK, you’re the weird one in town,’” Darling explains over FaceTime from Belize, where he and Russo are planning next year’s retreat. “Now you can get on forums and there’s thousands and thousands of people who are like, ‘Oh yeah, me too, totally,’ and they can make friends and do mermaid stuff together.” 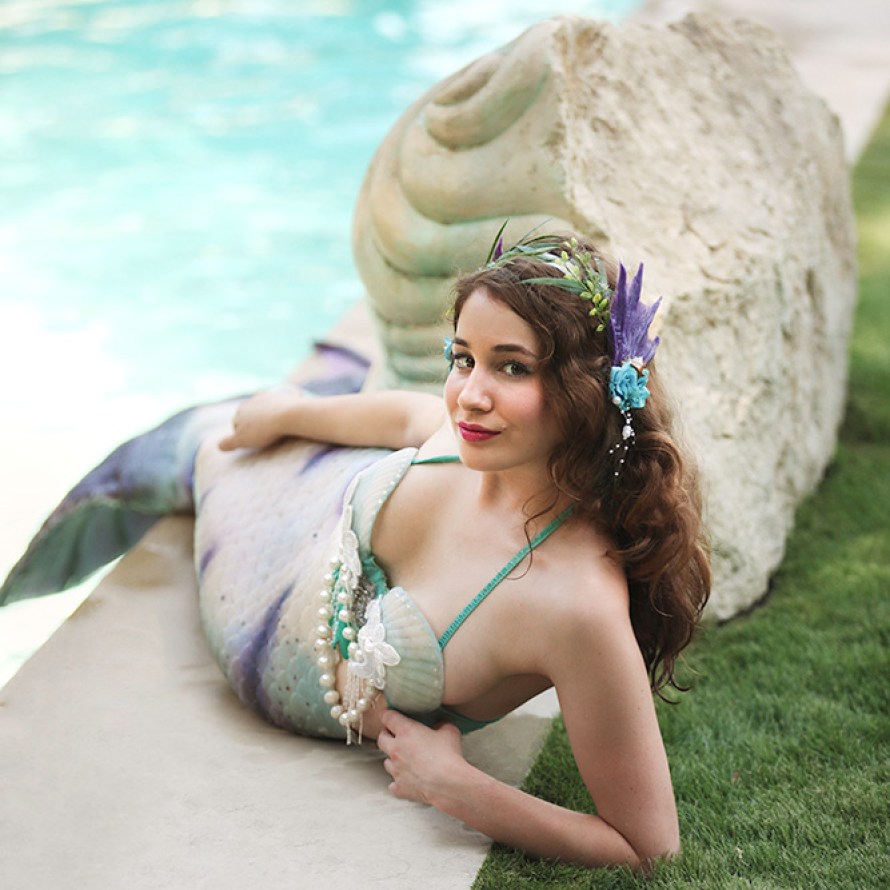 “They didn’t just watch The Little Mermaid as children.”

That communal aspect has been gratifying to Russo, who never imagined that creating a “badass mermaid tail to swim in” for herself would lead to a network of some of the closest friendships she’s had. But she’s glad it did.

“Just being a part of something fantastical [is] fun,” says Russo. “We have these amazing moments together where we’re like, ‘Oh my god, we’re like mermaids underwater swimming next to a shark in paradise right now … this is really our life right now.’ And we do it together.”