“Landon and Jesse, two friends, philosopher poets, and songsters met in Nashville in 2022 and immediately shared a love of books, red wine, and music. Both having recently undergone a reinvention during the pandemic, they hit the road with guitars in hand in 2022 to resume the path of artistic exploration, bringing forth their particular brand of lyrically rich and vocally resplendent solo songwriting.” 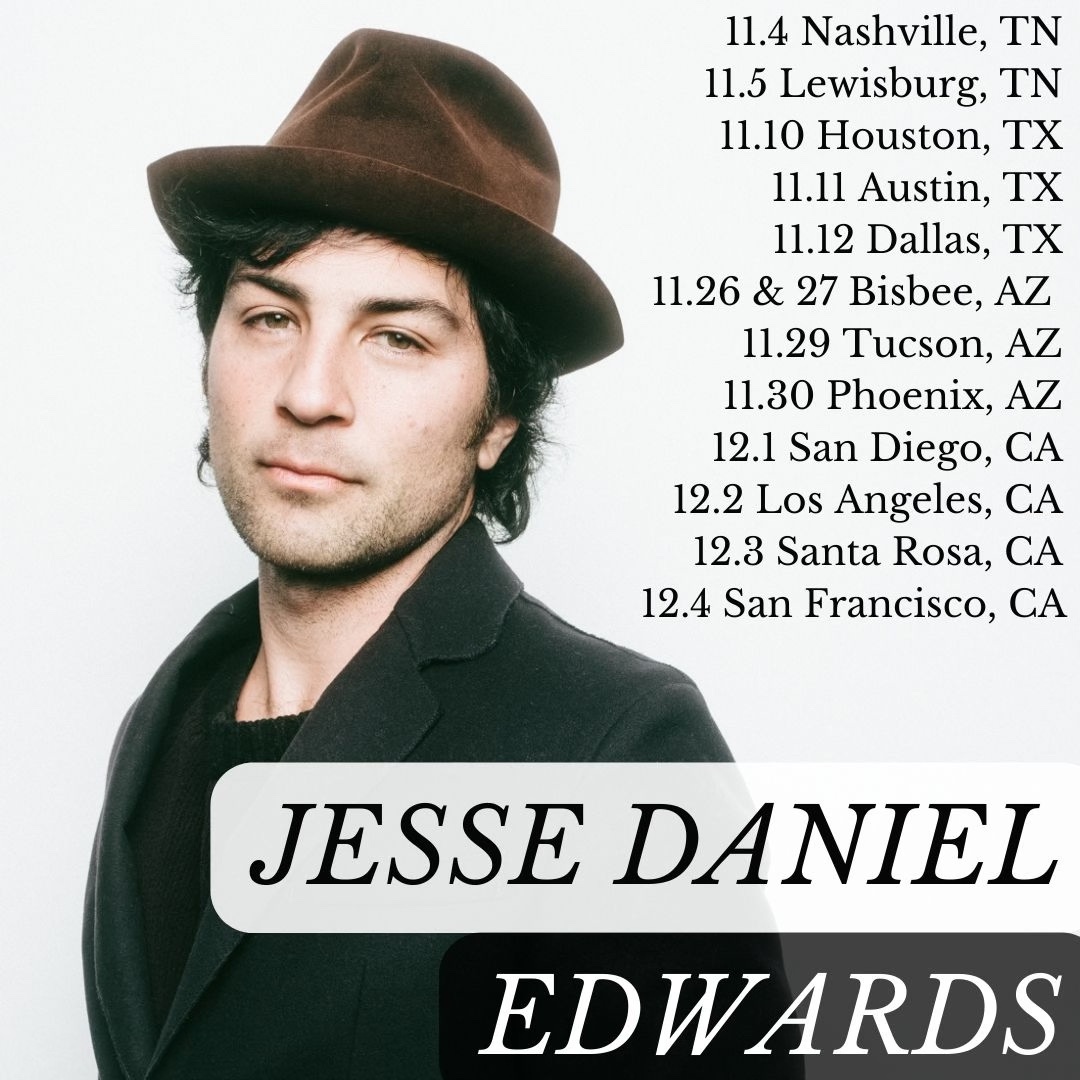 Jesse Daniel Edwards is an independent songwriter from the small mountain town of Cuyamaca, CA where he grew up without TV, internet, or significant exposure to the outside world. Leaving home at 16, he spent his late teens busking on street corners around the US and abroad.

While singing outside of honky tonks on Music Row in Nashville, TN, Jesse struck up a friendship with Al Bunetta (John Prine). Bunetta served as a mentor to the young artist, encouraging Jesse to tour full-time in the years to follow.

Jesse currently resides in Nashville and continues to write, record, and perform. His latest album “Violensia” (produced by Joe Chiccarelli) releases in fall 2022. His collaborative project, Juni Ata, features releases produced by Steve Cropper alongside arranger Jacob Rosswog. Their latest single, “Someone Else’s Rising Sun”, arrives in summer of 2022, with an ensuing EP release to follow. 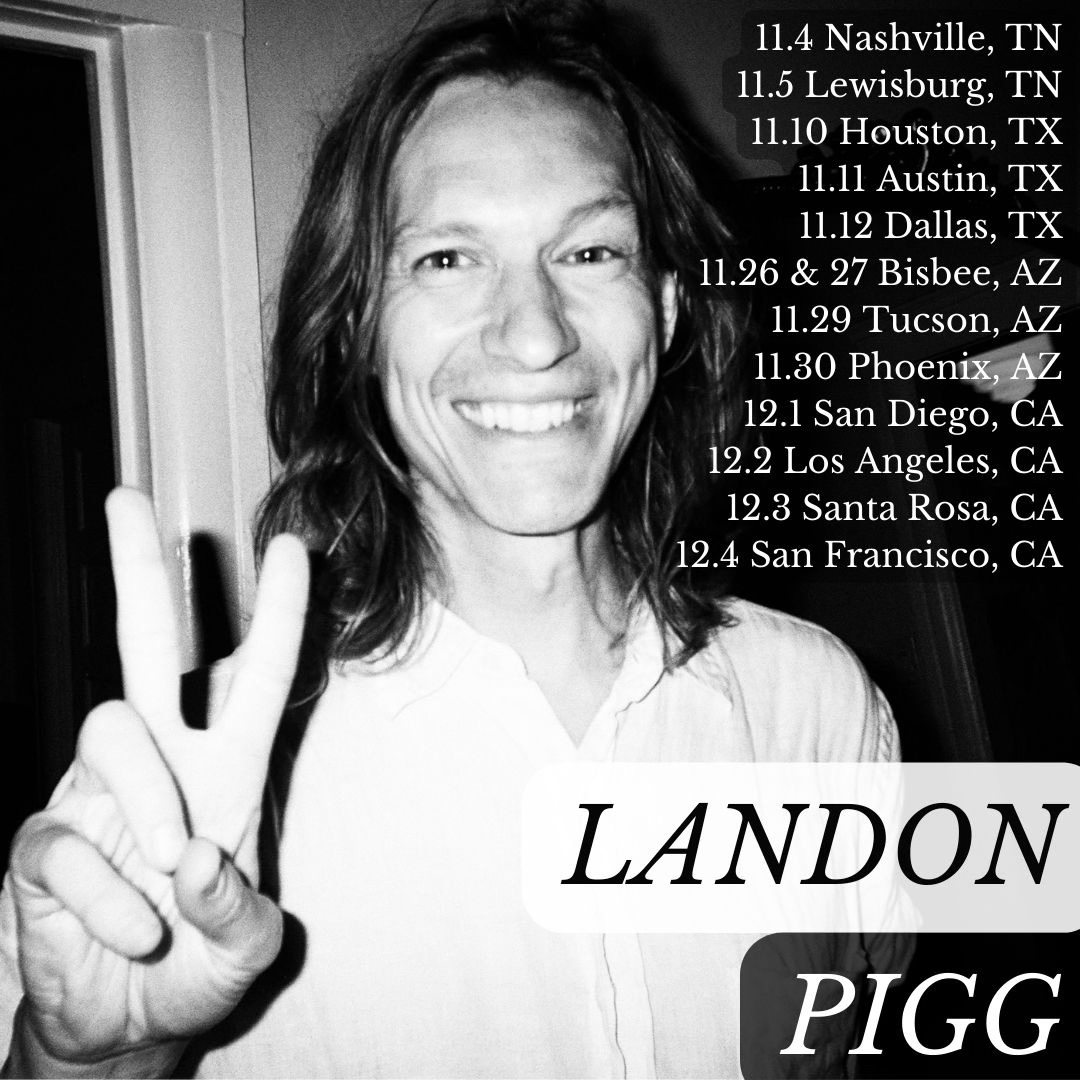 “Landon Pigg grew up between Nashville, TN and Oak Park, IL where he learned to sing as a child working alongside his father and two siblings on commercial jingles.  Encouraged by both parents to develop and pursue his own original musical leanings, he began to write and self-produce musical material under his own name during his teen years.

In his own words, Landon describes his earliest forays into recording:

“Processing the highs and lows of grade school, I found catharsis in the process. Stacking harmonies was a blast, and dad’s studio set-up was like a magical playground for me. Time slipped by in warp speed as I punched in and out, trying to get it right.”

After his song “Sailed On” appeared on Grey’s Anatomy, Landon and Eric Rosse’s collaboratively penned “The Way It Ends” was featured on the 2010 season finale of the show and subsequently went into national rotation. Pigg embarked upon a publicity tour which found him booked on Late Night with Conan O’Brien, Last Call with Carson Daly, and other media outlets including a radio tour, as well as appearances in Teen Vogue, Glamour and Performing Songwriter magazines.

His body of work saw increasing placements in films and tv including One Tree Hill, Shrek Forever After, commercials for De Beers and AT&T- which garnered an appearance on The Tonight Show with Jay Leno. In 2020, his cover of “Young at Heart” enjoyed a resurgence on Apple TV’s The Morning Show.

Along with songwriting, producing, and touring, Landon has appeared as an actor in television and film, with credits including Parenthood, Whip It and The Perks of Being a Wallflower.

Currently residing in Nashville, Landon has a new record forthcoming, with select live appearances on tour in the fall of 2022.

“Above all I value connecting with others and contributing to a safe space for conversation and personal growth.

Here’s to humble beginnings and even humbler conclusions. To the richness life has to offer, often times through the eyes of another soul.

Prev Post HELP ME WELCOME the one and only DEL CASTILLO!
Next Post Mental health for musicians post-pandemic and beyond + How Music Helps Our Mental Health