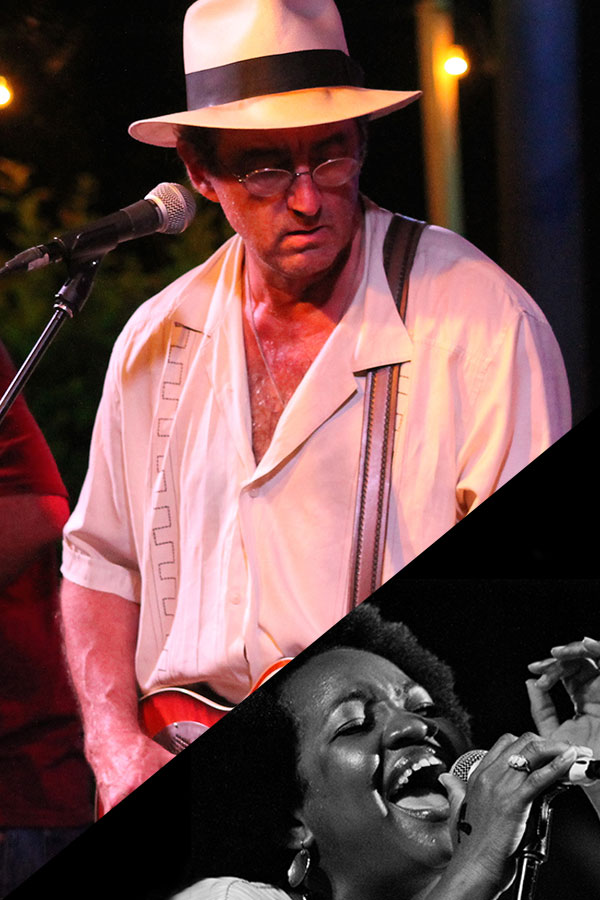 Kicking off the 2017 Music Under the Star series on July 7 is Akina Adderley! Akina’s exciting new project, The Upper East Side, performs with a neo-soul sound deeply rooted in jazz and tinged with gritty attitude. You will be moved by what the Austin-American Statesman calls Akina’s “rich, emotive pipes,” impacted by her songs with their infectious grooves and incisive lyrics, and blown away by the monster musicianship of her slammin’ new band.

Headlining is James McMurtry. McMurtry tours year round and consistently throws down unparalleled powerhouse performances. According to the The Washington Post , “…much attention is paid to James McMurtry’s lyrics and rightfully so: He creates a novel’s worth of emotion and experience in four minutes of blisteringly stark couplets. What gets overlooked, however, is that he’s an accomplished rock guitar player … serious stuff, imparted by a singularly serious band.”

Music Under the Star is a free concert series held each July in the Bullock Museum’s Lone Star Plaza. The public is invited to experience free concerts under the iconic Bullock Museum Star from 6 to 9 p.m. with complimentary garage parking. Bring the whole family, camp chairs, and blankets to enjoy an incredible lineup of Texas artists. Bring non-perishable food items for the Central Texas Food Bank.