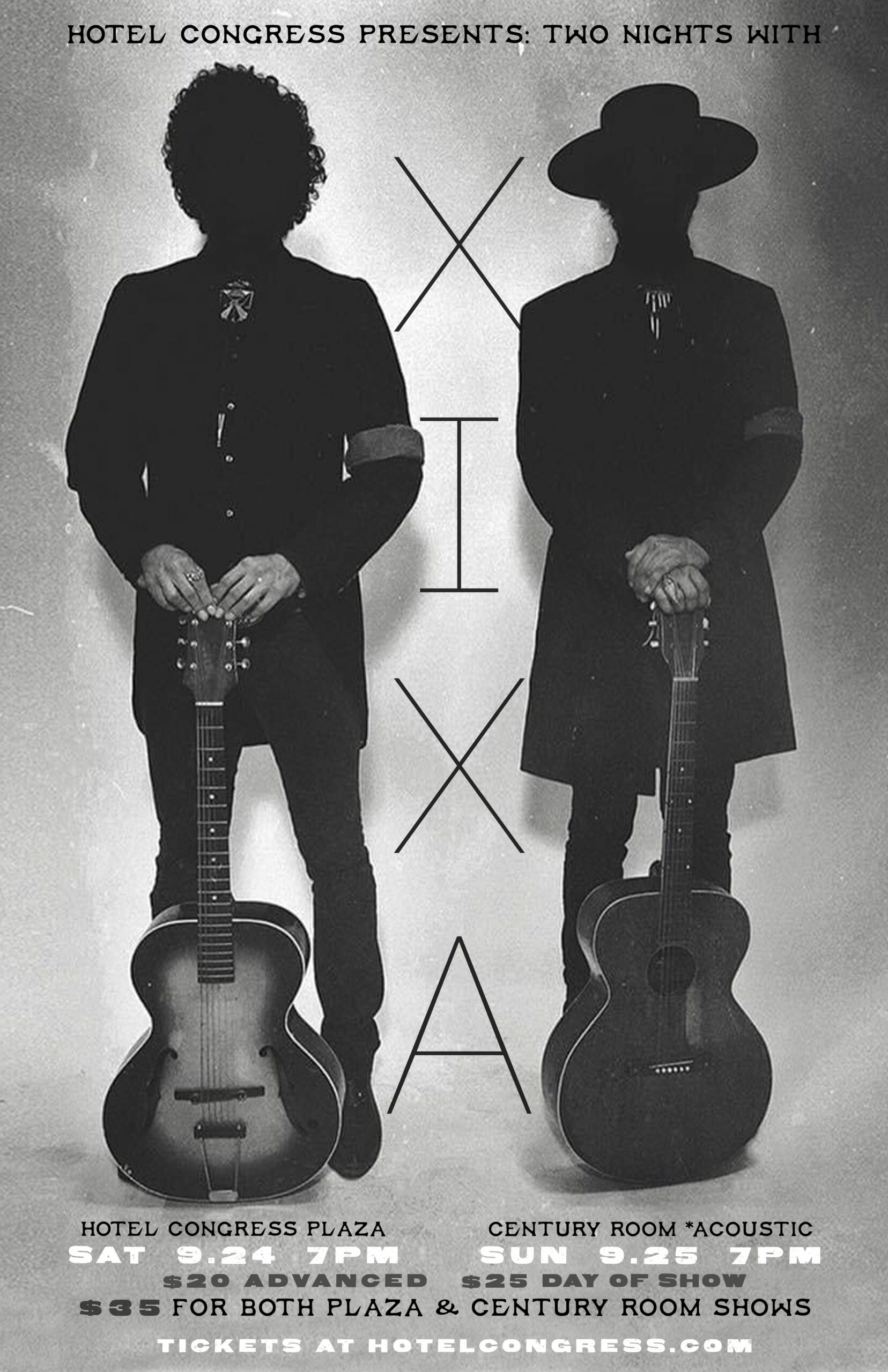 $35 for both Plaza & Century Room shows

Formed in the heart of the deep American Southwest, XIXA are a guitar-slinging six-piece, uniquely attuned to the desert and their Latin roots. Combining gritty guitars, the bumping grind of chicha, and desert blues into a mesmerizing stew. They’re also a band whose time had come to define what they call “The New Southwest”-intense, sun-bleached music shot through with an inky gothic horror that scans like the long-lost soundtrack to a cult, macabre B-movie Western.

Their debut record, 2016 “Bloodline,” saw them inject heavy fuzz guitars and Latin pulses into sandy rock and roll, a potent mix that took them all over the world for two whole years. For 2019s EP “The Code” they blended psych-rock, cumbia, goth rock, cowboy folk and windswept desert blues into a dark, simmering occult.