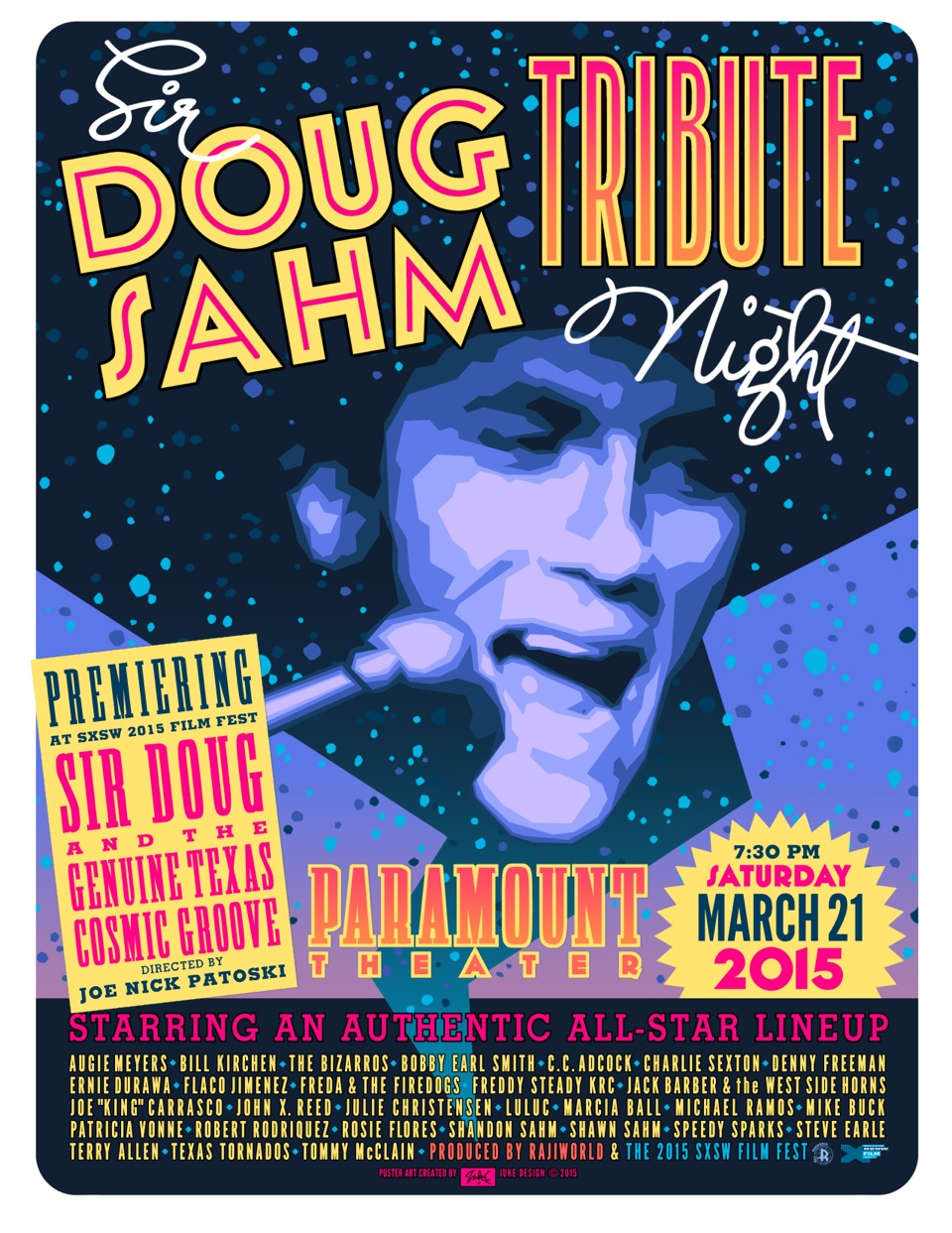 I am honored to produce SXSW’s official Doug Sahm Tribute Show at the Paramount Theatre on Saturday March 21, 2015. The Paramount has about 1200 seats and as it is an official SXSW event, badges and wristbands will be given entry first but there will be tickets for sale to the public as well!

The unsung hero of Texas music, Doug Sahm was country and western child prodigy on steel guitar, a teenage rhythm and blues guitarist who fell under the spell of chitlin’ circuit legends such as T Bon Walker and Gatemouth Brown, and hitmaker with number one radio hits in his hometown of San Antonio when he was still in high school. He rode the wave of the Beatles and the British Invasion with his band the Sir Douglas Quintet, landed in San Francisco in time for the Summer of Love, and planted his flag in Austin at the birth of the Austin music scene, creating his own Groover’s Paradise. Respected as a musicians’ musician, Sir Doug’s greatest triumph was founding the Tex-Mex supergroup The Texas Tornados with his one time mentor Freddy Fender, his lifelong sidekick Augie Meyers, and accordion legend Flaco Jimenez, whom Sahm took from the West Side barrio to worldwide renown.
Join us for the Sir Doug Sahm Tribute Night on Saturday, March 21 at The Paramount Theater. The all-star lineup includes Doug Sahm’s former bandmates Augie Meyers, Flaco Jimenez, and the Texas Tornados, filmmaker Robert Rodriguez and more musicians that he worked with throughout his life.

This show will celebrate one of our heroes and the documentary “Sir Doug and the Genuine Texas Cosmic Groove” premiering at SXSW 2015 Film Fest!