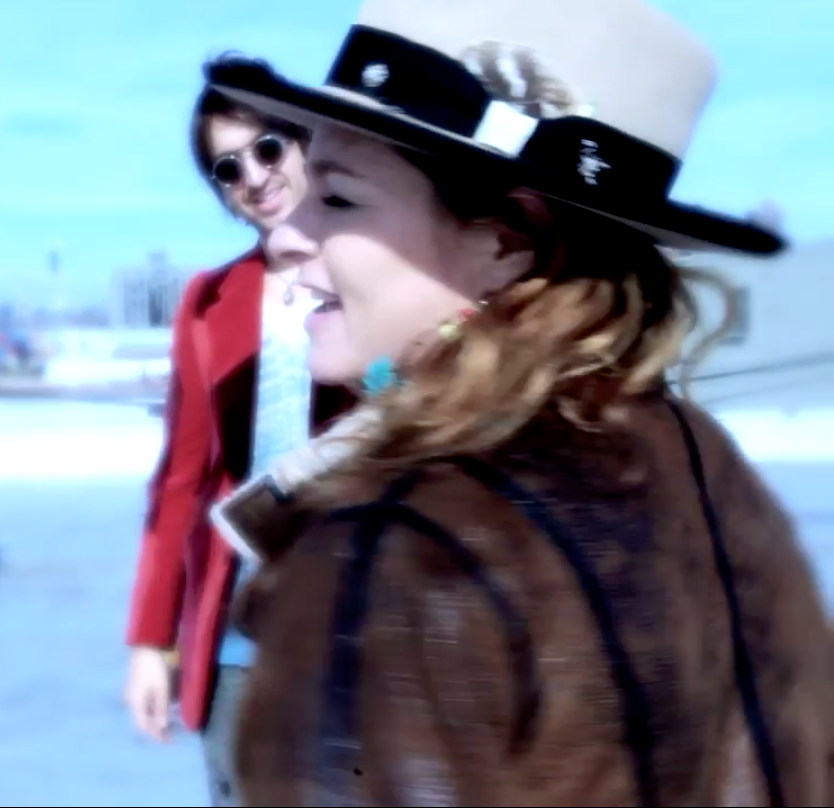 Appleonfire pre-order live on itunes now ! (it’ll only be pre-order till release Mar 3)
You can also watch the Paste Video Premiere: Louise Goffin – “If I’m Late” starring Louise Goffin and Joseph Arthur
Born in Brooklyn, New York, and raised in LA’s Laurel Canyon during its music halcyon days, Louise Goffin is a multi-instrumentalist, singer-songwriter, and producer who released her first album on Elektra/Asylum when she was 19. Along the way she’s released six solo albums and produced a Grammy-nominated record for Carole King, “A Holiday Carole”.
Her EP, Appleonfire, Louise’s seventh studio recording, got its genesis following the June 19th 2014 passing of her father, lyricist Gerry Goffin. It comes only months after Louise’s first release in six years, Songs From The Mine, which was described by the San Diego Troubadour as “a masterpiece of reinvention”, by The Los Angeles Times as “endearing folk-pop”, and by American Songwriter as “a terrific return from an artist…whose best work is likely ahead of her.”
Appleonfire features Joseph Arthur singing on “If I’m Late” and Jakob Dylan on “Take A Giant Step”.
The EP is produced by Louise Goffin and Barry Goldberg and due for release this month!
Some who have recorded her songs include Paul Thorn(“Fabio and Liberace”), Shawn Colvin (“Between Two Worlds” in the film Grace of My Heart), Terry Reid (“Fifth of July” -the story goes that when The Yardbirds disbanded, Jimmy Page wanted Reid to fill the vocalist spot for his proposed new group which was to become Led Zeppelin) Lindsay Lohan(“Black Hole”) and Carole King (at least five of her daughter’s songs). For many who grew up with The Gilmore Girls hit TV show, Louise’s voice can be heard with Carole’s on the duet in the opening theme“Where You Lead”.  Louise has also toured the world on electric guitar in Tears For Fears, and played banjo with Bryan Ferry.

“After the loss of my father, Gerry Goffin, earlier this year, I was unable to stop, momentously on tour setting up the release of “Songs From The Mine”. I found my unexpected grief traveling along with me, yet soothed by music and audiences everywhere I went. Two days after his passing, I performed a song he wrote (and sang lead vocal on) called “Its Not The Spotlight”. Singing his lyrics always made me feel he was still with me. Five weeks later, musical friends gathered ‘round to support me in celebrating Gerry’s spirit in the recording studio, making this new EP. With six songs in total, four of them are lyrics of my father’s, & two have never been recorded till now. With incredible contributions from Barry Goldberg, Jim Keltner, Bob Glaub, Val McCallum, Jackson Browne (who generously gave us studio time) Jakob Dylan, Joseph Arthur, Wally Ingram, and Stevie Blacke, it includes the song “Higher Than Low” co-written with the late & beloved Chris Aaron. Join in the making of Appleonfire.”

3% of goal and 10% of any money raised after that will go to the American Lung Association.