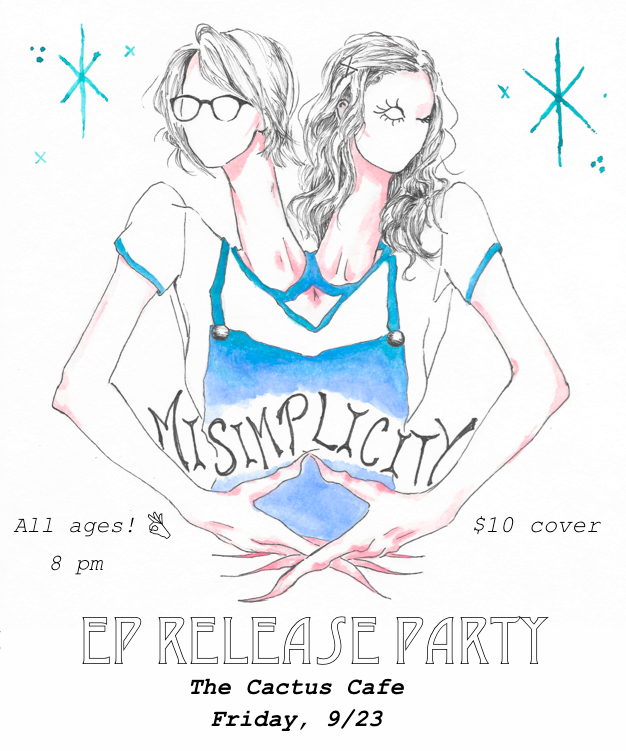 Misimplicity is a collaboration between singer-songwriter/multi-instrumentalist Grace London and bassist Zoe Cz, two 16 year old musicians hailing from Austin, Texas. Elements of alternative-folk, indie-rock, and 90’s emo fuse together on the duos first self-titled EP, a six song reflection on the difficulty of existing comfortably as expressed through Grace London’s uniquely poetic stream of consciousness writing style. The album is a testament to the enormity of introspective thought in all its strange loops, a dissection of the wishes and regrets we hold on to; feverishly communicated and beautifully performed.