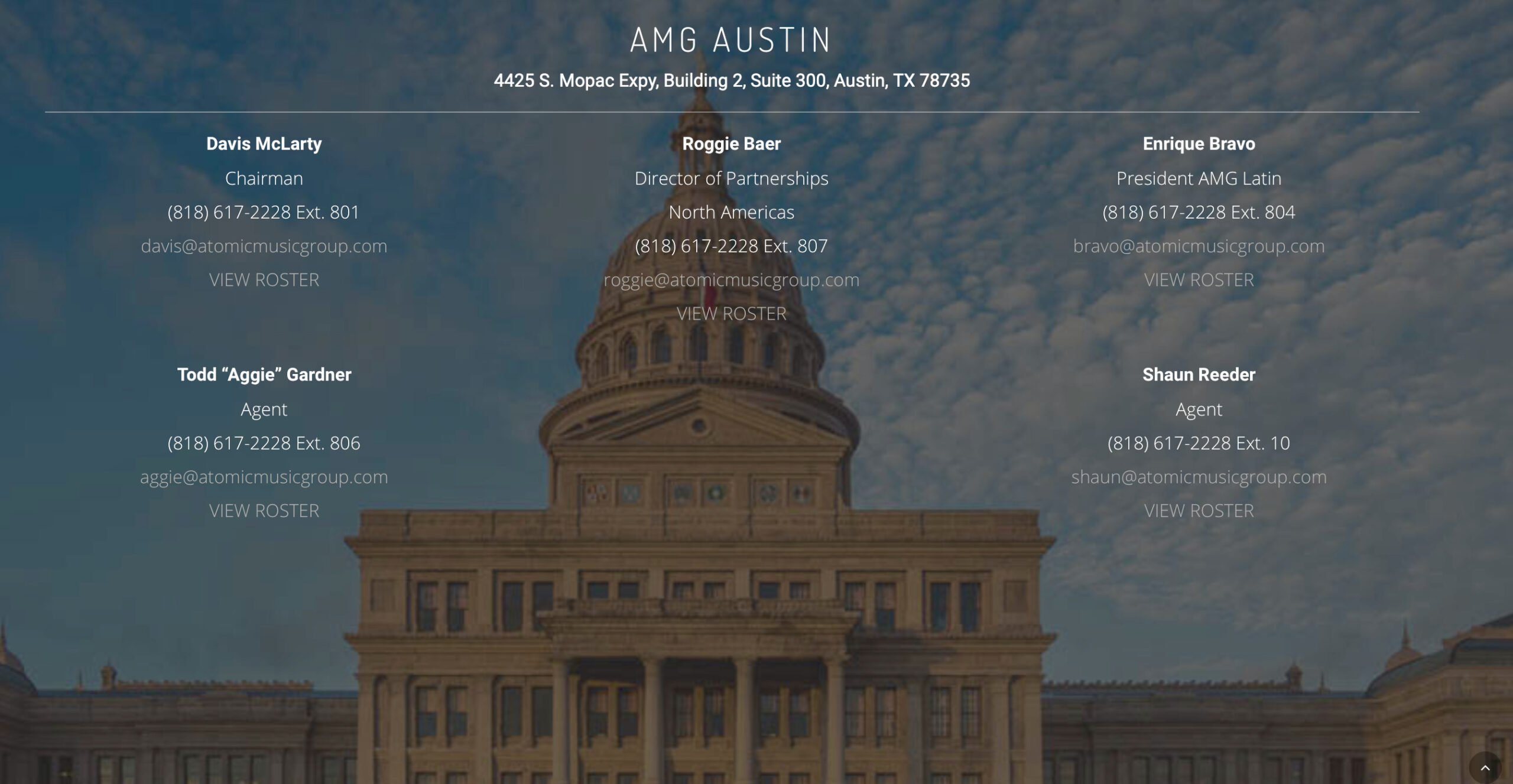 As part of the deal, Baer will bring her extensive client roster, which includes Naomi Achu, That Carolina Sound, Headcat 13, Flam Chen, The Divine Horsemen, Akina Adderly, Honeysuckle Sage Riders, and Warren Hood among others to AMG.

As well, the deal includes RajiWorld’s endorsements and brand sponsorships business to AMG, and will serve as the agency’s North American Director of Partnerships following the merger.

One of the largest independent talent agencies in the U.S., Atomic Music Group is based in Los Angeles and maintains regional offices in Austin, Nashville and Torotono.