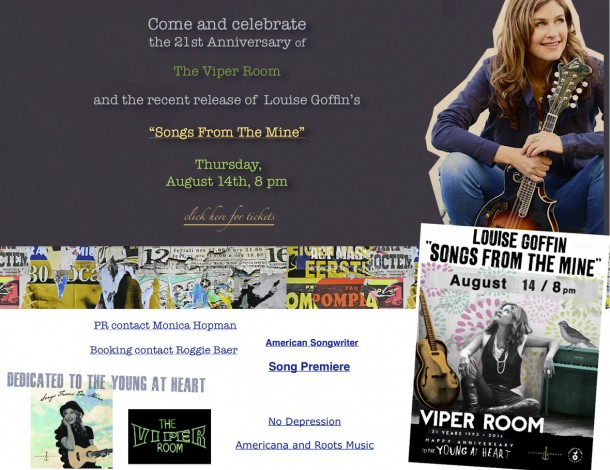 After 21 years on the Sunset Strip, the world famous Viper Room is celebrating its birthday with a week-long bash.

The world-renowned black building opened in 1993 and was celebrated with a invitation-only bash that included Quentin Tarantino, Tim Burton and Christina Applegate. I was there and RajiWorld helped book many provate and public events that first year. That first year, actor River Phoenix died of a drug overdose at the club, but the Viper Room continued to be a popular hangout for Hollywood’s elite. Co-owned by Chuck Weiss and Johnny Depp until 2004, the club has been a launch pad for bands like Muse and Kings of Leon since its inception. It is a venue close to my heart as a friend, agent and in a cute story mother! We are proud to have client Louise Goffin partake in the celebration with songs from her brand new record!