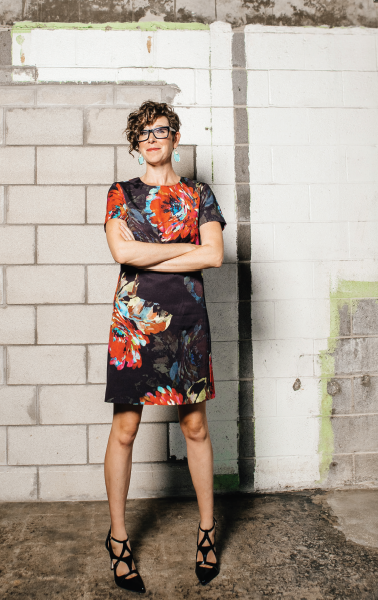 Biography
Born in Little Rock and raised in Columbia, Maryland, Elizabeth McQueen settled in Austin in 2000 and quickly became a favorite among music fans by fronting her own band, The Firebrands, and making a name for herself as one of the music city’s most infectious voices.  Known for her beautiful and timeless vocal style and buoyant and joyous live shows, she was named by The Austin Chronicle as a young musician to watch after only one year in the music city. Of her 2003 SXSW performance The Austin Chronicle’s Jerry Renshaw said: “ What Elizabeth McQueen is doing these days is a far cry from Patsy Cline, Connie Smith, and Kitty Wells and certainly miles away from the crop of Nashville angels. In a marketplace that’s saturated with traditional female country singers, that difference, along with her charm, talent, and attitude, may be just what she needs to really stand out.”

And stand out she did.

Two CDs followed and the national and international praise began to flow in.  No Depression Magazine called her “Unassuming, self-assured, and a splendid interpreter.”  Those albums, the country-tinged The Fresh Up Club,  and the pub rock trib Happy Doing What We’re Doing, made many an Austin Top 10 list, yet it wasn’t until she joined forces with Ray Benson and Asleep At The Wheel that her fortune began to take off.

In 2004 McQueen was cast in Benson’s stage play “A Ride With Bob” and soon after was offered the job as female vocalist and rhythm guitar player for Ray’s band. Since that time, she  traveled over a million miles through 20 countries and played over a thousand gigs with the band. From the dance halls of Texas to Radio City Music Hall to the Kennedy Center, from The ACL Festival to Jazz Fest to Prairie Home Companion, McQueen has impressed audiences around the world with her crystal clear voice from another time.  A voice that in many ways seemed custom made for Asleep at the Wheel. “Not everyone has the right voice for this kind of music,” says Benson, “she fit right in and added a component to the music that can’t be measured.”

A  particularly special moment during this time for Elizabeth was her duet with Willie Nelson on 2009s Grammy-nominated Willie And The Wheel. That song,  “Sitting on Top of the World”  not only garnered praise from critics, (The Washington Post called it a “standout moment”) but performing the song was one of the most intense live experiences of McQueen’s career. “Singing with Willie Nelson was a lesson in openness and artistry,” she says, “he looked directly into my eyes every night, and I realized that the key to a great performance is that connection, that willingness to open yourself up to an audience, another band member, everyone.” Another highlight was when Elizabeth was featured on the cover of The Austin Chronicle upon the release of her third CD as leader, the decidedly jazz-leaningThe Laziest Girl In Town.  “I don’t think there’s a musician in Austin who doesn’t dream about being on the cover of the Chronicle,” says McQueen. “I felt totally honored and humbled.”

McQueen is now looking to the future. After eight years of life on the road (five of which were spent traveling with her two children) she has left Asleep At The Wheel and in early 2014 released The Laziest Remix EP: a collaborative re-envisioning of her The Laziest Girl In Town CD done as a partnership with the St Louis-based Brothers Lazaroff. This work saw her delving more into the world of electronic/dance/art rock and has since led to the debut of her new trio, EMQ.  It is with this new group where she plans to explore her retro-futuristic vision and bring a whole new direction to her music.

Once upon a time, back before the existence of iPhones and before the condo population of Austin, TX exceeded its dive bar count, three friends began making music together. Wide-eyed and fresh as daisies, Elizabeth McQueen, Lindsay Greene, and Lauren Gurgiolo honed their chops playing country music in the aforementioned dive bars of the aforementioned city, building a devoted following of two-steppers, music critics, and well-tipped bartenders.

And a fine honing it was. So much so that they eventually all went off separately and got semi-famous and critically-acclaimed. International tours were embarked upon. Grammy nominations were received. Guitars were shredded on late night television. Collaborations with legends were… collaborated. Multimedia art installations were created. Electronic implements of noise-making destruction were invented in secret laboratories. Babies sprung forth from wombs. And suddenly the three of them were all grown up. Poof.

It was in early 2014 that the music gods looked down from their silver amphitheater in the sky and noticed that the three musicians happened to be taking simultaneous breathers back home in Austin. Not being ones to dally, the gods sent down a psychic message with lightning speed: Play together again. Do something… electronic.

And as any seasoned professional knows, ignoring the music gods can lead to horrible consequences. Sophomore slumps and wardrobe malfunctions and ironic comeback tours and the like. In an effort to avoid such calamities, McQueen, Greene, and Gurgiolo formed EMQ, an electronic pop outfit that highlights each of their unique talents. Gurgiolo plays her signature noisy-melodic guitar while Greene plays bass on a variety of synths and homemade, hand-soldered instruments. McQueen fronts the group with her honest, ribbony voice, using the experiences of the last decade as fodder for her newest batch of songs that showcase her depth as a writer and a performer.

In EMQ’s debut EP, a companion piece to an interactive pseudo holographic art installation performed in 2015, McQueen reflects on the many facets of love and commitment, exploring the deep ambivalence that they provoke. And by doing so with two friends who grew up speaking the same musical language, there is nothing at all lost in translation.

Get ready for her new record! We cannot wait, Here is a preview of Shame.